This is what happens when you quickly, with about two hours before an Easter egg hunt, make an Easter basket and decorate some eggs. Pretty impressed with myself, actually.  I just grabbed what I had on hand in the craft pile and went crazy. 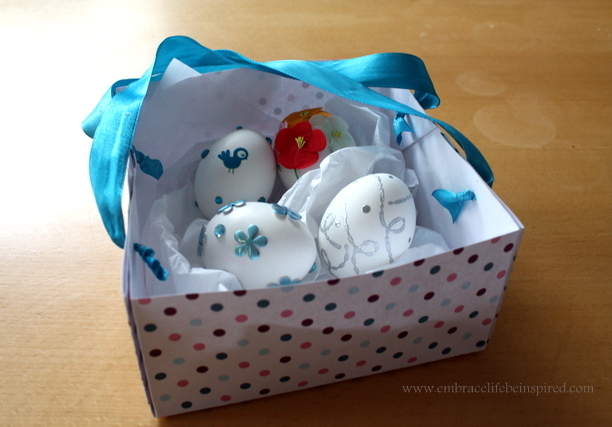 After four Easters here in Finland (has it really been 4?!), we finally tried mämmi, a traditional Easter dish here.  Mämmi is made with rye flour and rye malt (among other things) and allowed to sweeten naturally before being baked.  I picked some up from the grocery store and put it in a bowl with some vanilla cream.  It tastes like molasses, and after the first bite Stephen was done with it, but I finished the small bowl, and although the texture was a bit grainy, I will say that the taste grew on me with each bite. 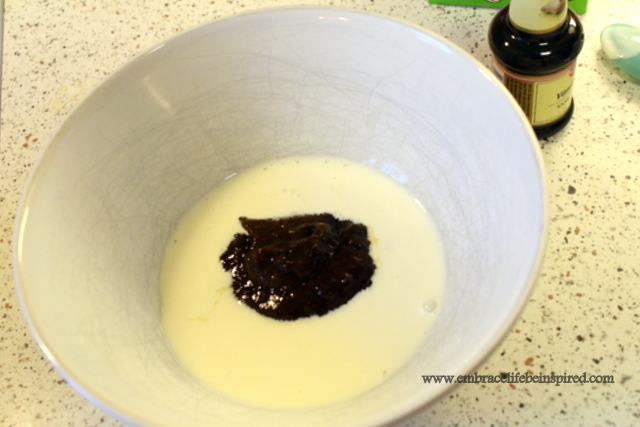 Easter is a great weekend to travel around here, because both Friday and Monday are a holiday, so it’s a good, long four day weekend.  The stores are also closed for most of the time – Friday, Sunday, and Monday, all day, since those are official holidays.  On Saturday, the grocery store is open, but the Post Office and Liquor Store are both closed.  It makes me wonder what the sales figures are on the Thursday beforehand, since everyone is out shopping like Southerners bracing for an inch of snow…

Oddly, we’ve never traveled for Easter Weekend, mostly because we put off planning anything until it’s too late.  Honestly, after our trip to Lapland a few weeks ago, we’re rethinking our travel plans for the year.  Traveling with a baby is hard!  I hope it was mostly because Baby J was sick, and it’s really not as difficult as it seemed.  Our takeaway lesson #1 was: get an apartment, don’t stay in a hotel.  Maybe that will help.  I should plan something relatively easy so we can find out.  Hmmm…..where to go…..

7 thoughts on “Easter in Finland”