Finally!  After, what, 4 months, finally my second Barcelona post…

I took so many pictures of the main Gaudi attractions, it’s really quite sickening. Seriously, way too many.  My first run through this post, I had over 50 photos.  Somehow I managed to cut the number in half.  I’m sure there are a thousand of the same photo that other people have taken, so I’m not sure that I can offer a better perspective.  Still – enjoy: 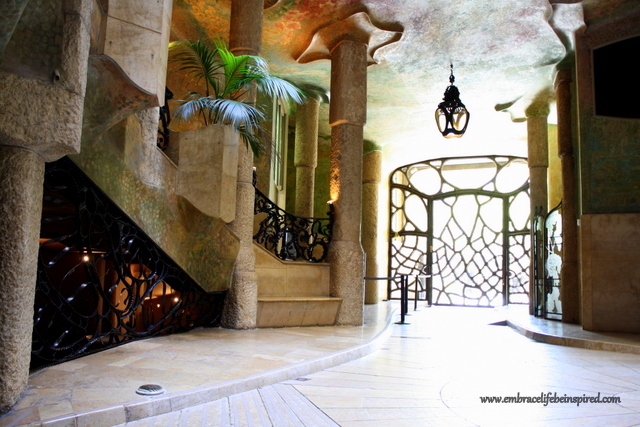 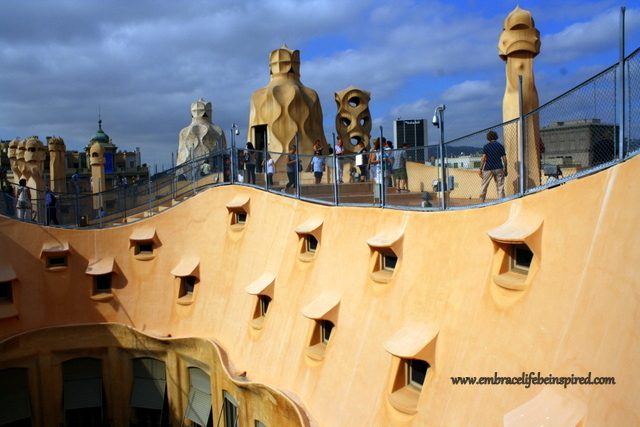 Windows and Smokestacks on the roof of La Pedrera 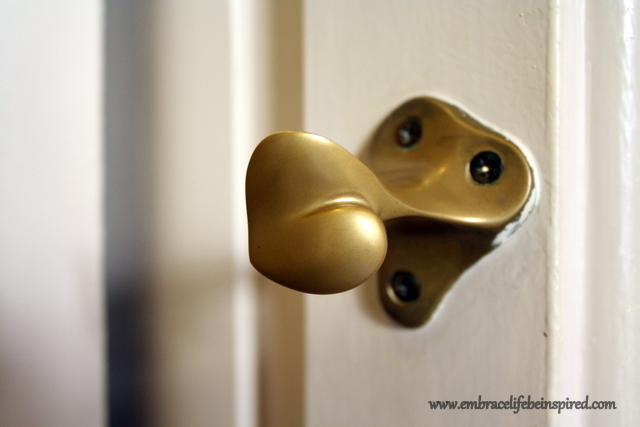 Doorknob inside Casa Mila – I feel in love with this thing.  It’s perfectly formed so that your fingers curve around it and your thumb rests on the end.  *want*

Lightwell inside Casa Batllo. The tiles are darker blue toward the top, lighter toward the bottom, giving the entire lightwell the appearance of being one color throughout.

Smokestacks on the roof of Casa Batllo 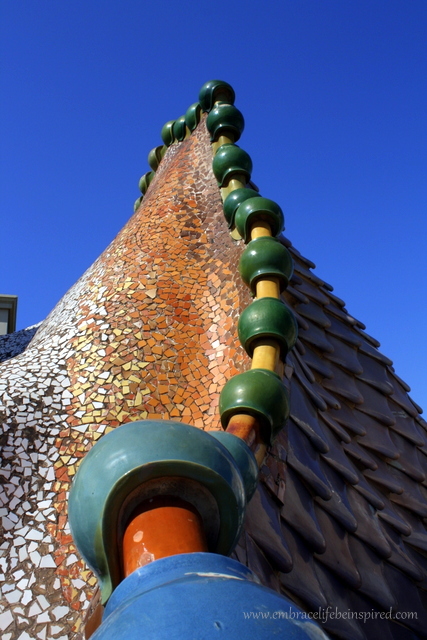 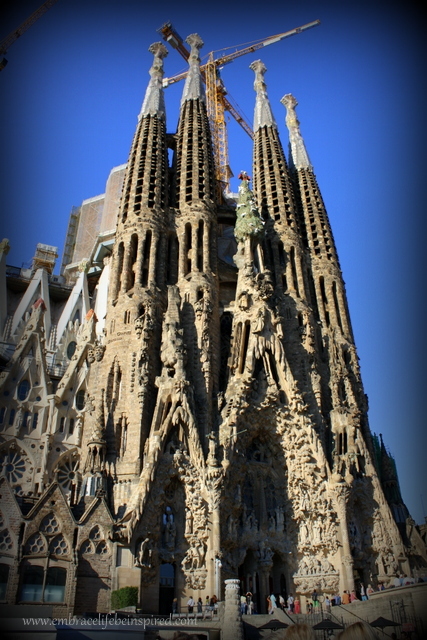 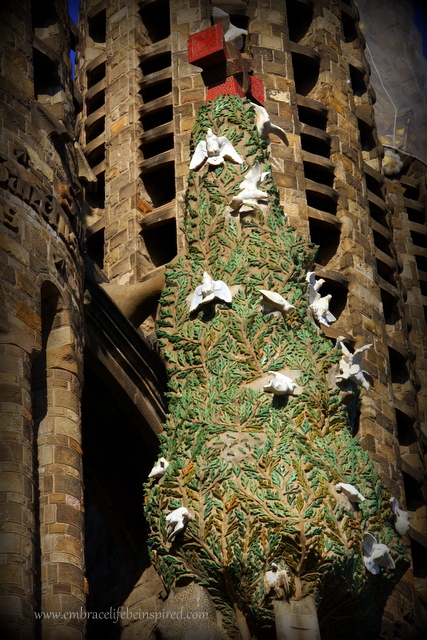 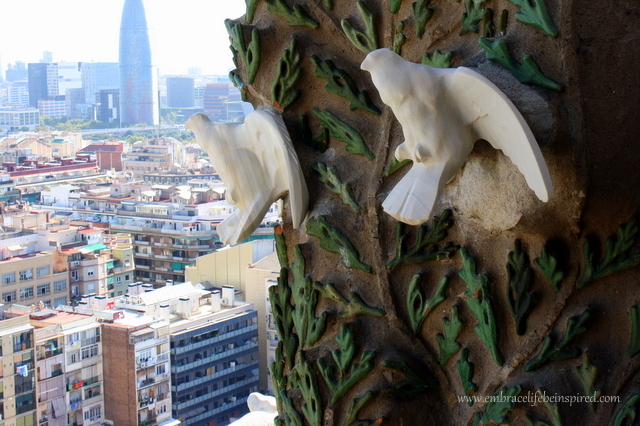 Detail from the Passion Facade 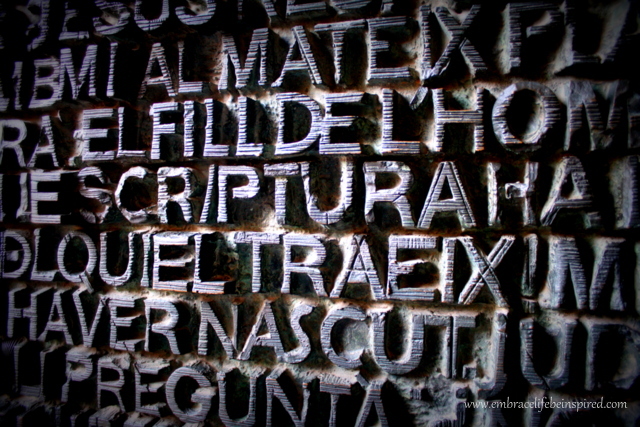 Detail of door on the Nativity Facade.  The entire (massive) door (two of them) had words carved out – it was stunning. 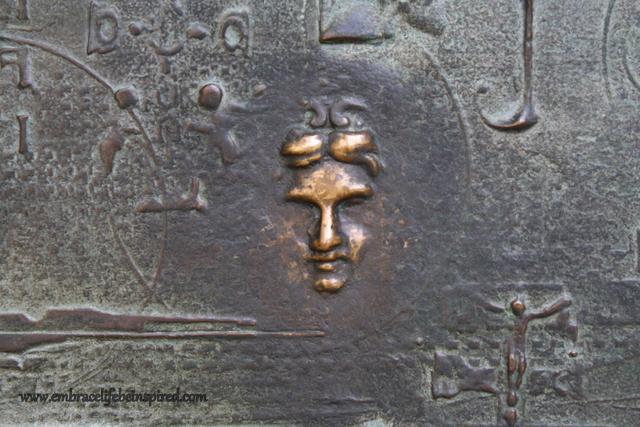 Detail on door at Sagrada Familia.  This set of doors was, I think, metal, and had all kinds of reliefs in it. 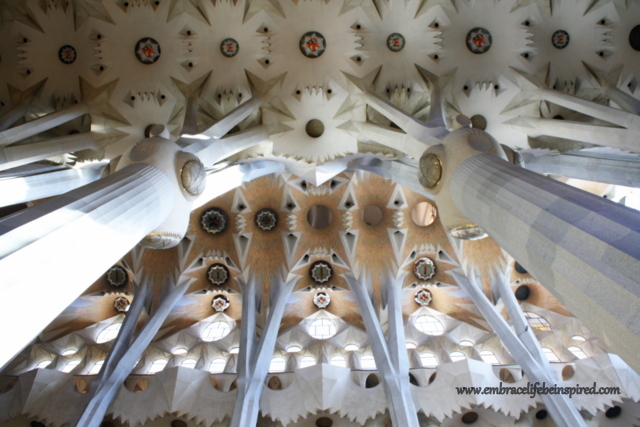 Interior of Sagrada Familia – the columns are supposed to look like tree trunks, rising and branching out to the sky. 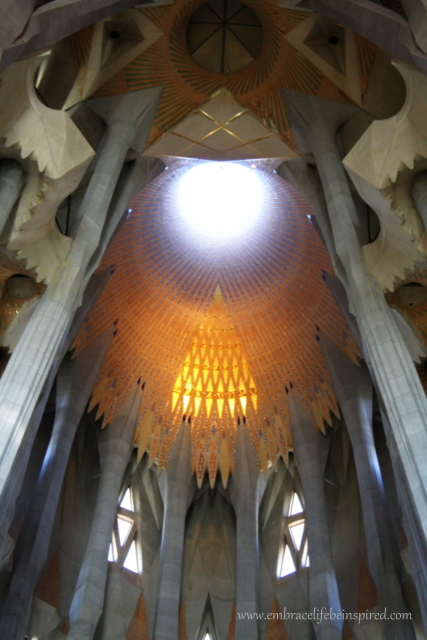 Light spilling in from the ceiling and lighting up the triangle – I can’t remember, but I think this is supposed to represent God’s eye.  Can’t seem to find it online anywhere, anyone want to help me out?

Here’s a great video showing the final stages of construction and what the cathedral will look like when finished (eta 2026):

The entrance of Parc Guell 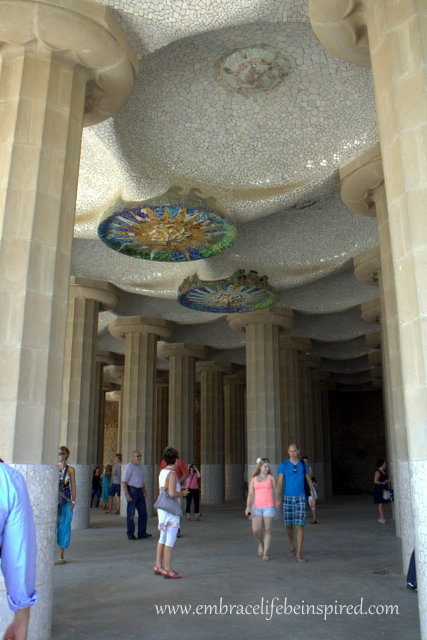 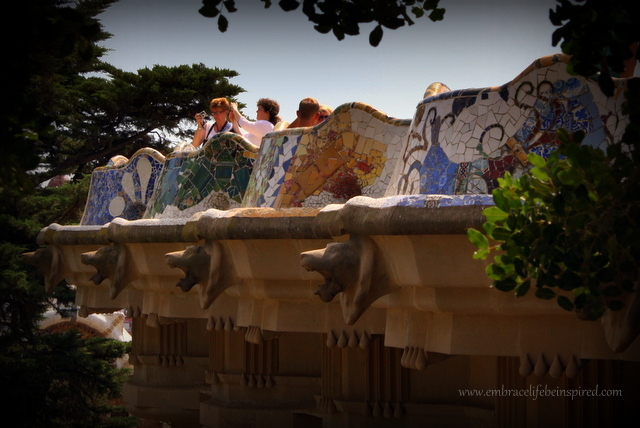 The back side of the benches

Stay tuned for the next post, with pretty pictures of non-Gaudi architecture.  Hopefully it won’t be another 4 months!