The year started out quite mundane – we were settled into life in Finland about as much as one would expect after a year.  I was intent to work on my kitchen challenges, learning more about photography, and writing, and I was looking forward to more traveling.  We visited Riga, Sicily, and Barcelona, and our parents came to Finland and we visited Stockholm (and I went to Tallinn again).  We were planning a trip to Vienna and Prague for the holidays.

Things were going well through the summer.  And then, I know, I dropped off the face of the blog.

I spent about 6 weeks in an almost constant state of sickness.  I was nauseaus pretty much full time from the moment I woke up until I went to bed.  I had headaches, including a couple of lovely migraines, one of which lasted for three days.  Thinking  (and cleaning, and cooking) became a luxury I didn’t have the energy for.

Then, when I finally felt moderately better, I was still suffering a creative drought, but I also had some things going on in my life I couldn’t share at the time.  And that is, after all, the point of this blog, right?  Sharing?

As you may have guessed, the nausea was actually morning sickness – which I knew was a misnomer but now have proof.  More like all-the-time sickness for me (although, I never, not once, actually threw up – I just constantly wished I could).

Yes, for those readers who aren’t friends of mine on Facebook, I’m knocked up.  Preggers.  With child.

There was quite a bit of stress regarding that in the beginning, and some roller coaster issues with our living situation, which I’ll get into in a later post. (Nothing bad or anything, just a lot of decisions to be made, some of which were beyond our control.)

But here we are, the end of another year, a bright, shiny, exciting year just around the corner.  Once again, I’m promising myself (and you) that I’ll be better next year, do better, set and achieve goals and revel in living.

Wishing you a Happy New Year- 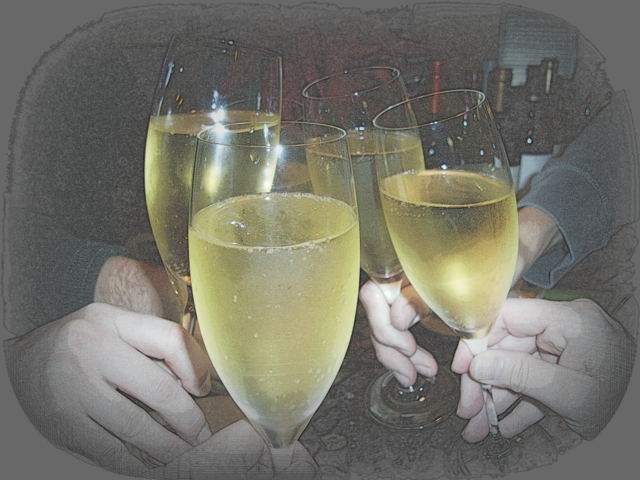