I think I’ve mentioned this before, but Stephen and I have been completely sucked into watching Grand Designs.  It’s a British series that follows a couple or family that is building a house that is somewhat “outside of the box.”  No cookie cutter, standard homes for these people.  These are people who buy crumbling 15th century castles and rebuild them, people who buy enormous former commercial buildings and refurb them, people who build giant white contemporary homes in the middle of quaint half-timber houses, people who use super-sustainable building products like straw insulation and composting toilets.

My favorites, for the most part, are the ones where they buy a crumbling historic property and try to bring it back to life.  I love crumbling ruins, they fascinate me, and seeing these people actually succeed at making a home out of them is amazing.  Especially when it doesn’t seem the building will even stay together long enough to fix the damage time has done.  What makes people think they can do this? A 15th century castle with only three walls, a collapsed roof, and a center wall that literally falls apart in three seconds while on camera?  Insane!

Even though both Stephen and I, while watching this show, agree that we will never build a house (ohmigod the stress!), I can’t help but want to give one of those crumbling ruins a second chance.  I simply love the idea. 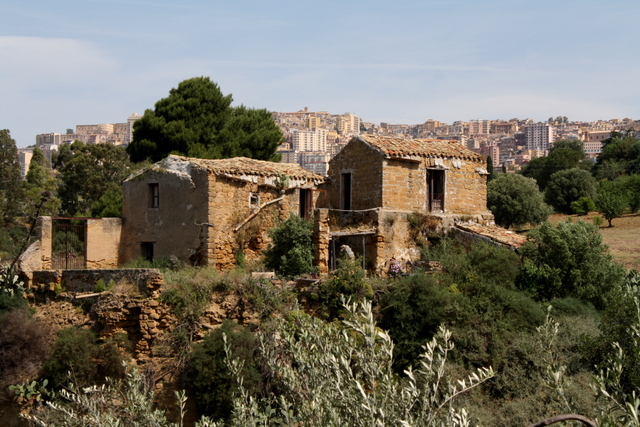 Old house at Valley of the Temples in Sicily – Grand Design?