Cooking Thanksgiving dinner is difficult enough as it is, but it’s made particularly hard when you have a small kitchen, a European oven (small!!), and no access to Stovetop Stuffing, Pumpkin Pie filling, or canned cranberry sauce.  To add to those challenges, I’ve only ever cooked a turkey once in my life, almost ten years ago.

The first and only time I cooked a turkey for Thanksgiving, I had just moved across the country to a new city.  My family drove in Thanksgiving day just in time for dinner, which meant I couldn’t count on my mom to Save the Day.  It was all on me.  I had never cooked a turkey.  I had never made mashed potatoes.  And I decided to make cranberry sauce from scratch.  No pressure.

The day did not start out well – I unwrapped my turkey and went to pull out the neck and gizzards, having read that it was important to do so.  I looked inside the turkey and found…nothing.  Actually, I found no inside.  I looked at it in confusion.  Why was there no inside?  It should be right there, between the legs…….

Where are the legs?

I called my mom, who was somewhere in Tennessee at the time.  “Mom, my turkey doesn’t have any legs.”

“Did you just get a breast?”

I stared at the turkey, completely ignorant.  “I got…a turkey,” I said, shrugging.  Was there a difference?

I’m pleased to say everything turned out well that day – the turkey got cooked, the potatoes got mashed, and everyone was happy…except my dad, who wanted a turkey leg.

We decided to do a big ex-pat Thanksgiving dinner here in Finland, and I volunteered to cook one of the turkeys.  I poured over recipes and techniques – I knew cooking it in the tiny oven would be difficult, but what else could I do?  I read about spatchcocking, and decided to give it a go.  What’s the worst that could happen, right?  (That’s usually my motto in the kitchen, but this time, the worst could be that I give food poisoning to 50+ people and send them to the hospital where the nurses and doctors speak a foreign language.  No pressure.)

For those who don’t know, spatchcocking means removing the backbone and flattening the turkey, breast up.  I dug out my kitchen shears and started cutting, but Stephen had to do most of it, as I simply didn’t have the strength to cut through the bone.  As it was, I needed a new pair of kitchen shears when I was done.  When they say you need sharp shears, you need sharp shears! 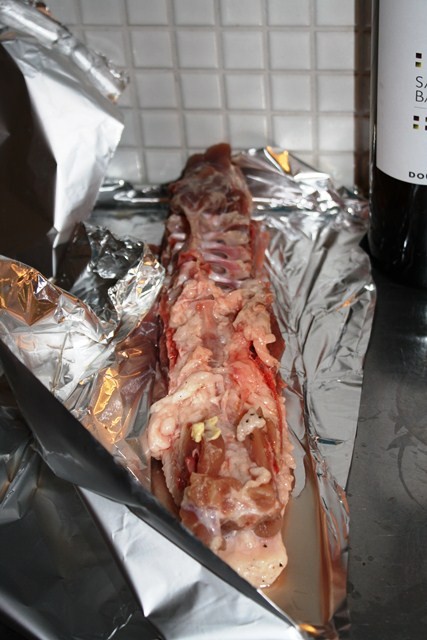 Besides having a small oven, I have a small kitchen.  Actually, it’s not that small, there’s just no counter space.  I have about 2 feet of counter space.  I use the kitchen table as a prep area.  So this is what my kitchen looked like while preparing food for Thanksgiving: 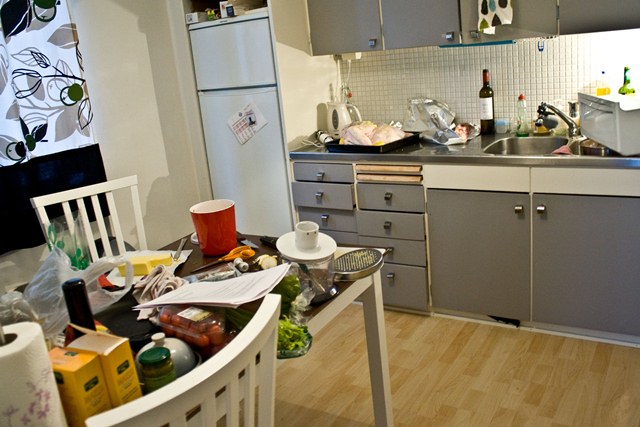 That space right there, between the fridge and the sink? That’s all the counter space I have. 😦

I made do, though, and got the turkey in the pan with only minimal fuss (although I’m still not sure I actually managed to break the breastbone and fully flatten my turkey). 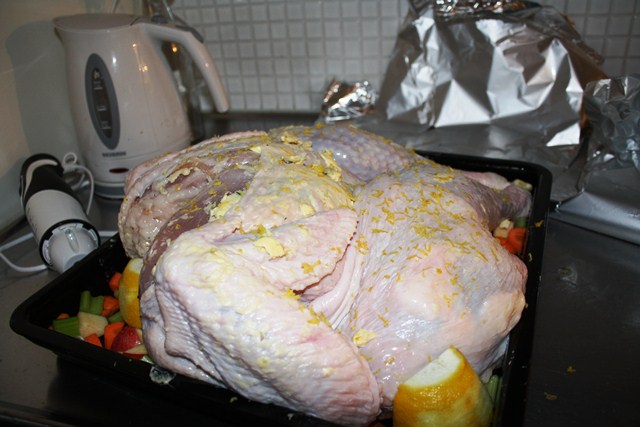 Spatchcocked turkey, ready for the oven

The turkey turned out beautiful, but the taste was nothing special.  (Someone smoked one of the turkeys, and that was fabulous!) 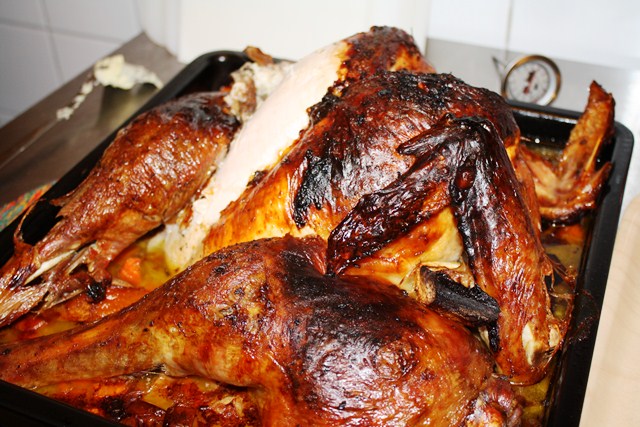 Along with the turkey, I also made this apple quinoa salad, which was a hit, some pesto pasta salad, a pesto chicken pasta casserole, and (not my) Aunt Lois’s Broccoli Cornbread.  It required Jiffy corn muffin mix, which (surprise) I can’t get here, but I found this recipe online to make your own mix, so I was in business! 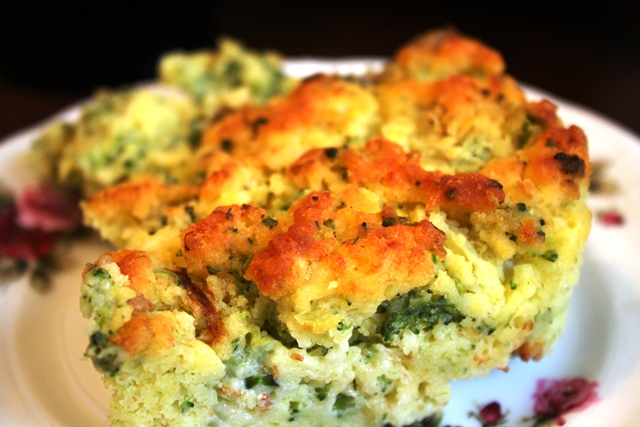 Trying to catch up on kitchen challenges, I promise you’ll see more soon!